The olive through the ages

The olive tree is a symbol of the Mediterranean, and not unjustified. It's connected with the mediterranean alimentation but anyone can say that it's related with the survival of natives. So, these agricultural-humble buildings, that in the language of the people are called “liotrivia”, were an inextricable piece of their lives.

The olive tree is the most prominent tree in the Greek territory, not only because of its association with the country's social and economic reality but, also, because it is considered to be a fundamental element of the Greek civilization. Olive trees have had a predominant place in the habits, customs and beliefs of the Greek people from antiquity to this very day.

According to the archaeological research that took place in islands of the Aegean Sea, fossil olive leaves — dating back 50-60,000 years — were found in the volcanic rocks of the islands of Nisyros and Santorini (Thira).

It seems that the oldest olive wood existed in Jordan valley around 42980 B.C. In the 4th millennium B.C., the Neolithic man had included wild olive fruit in his diet. 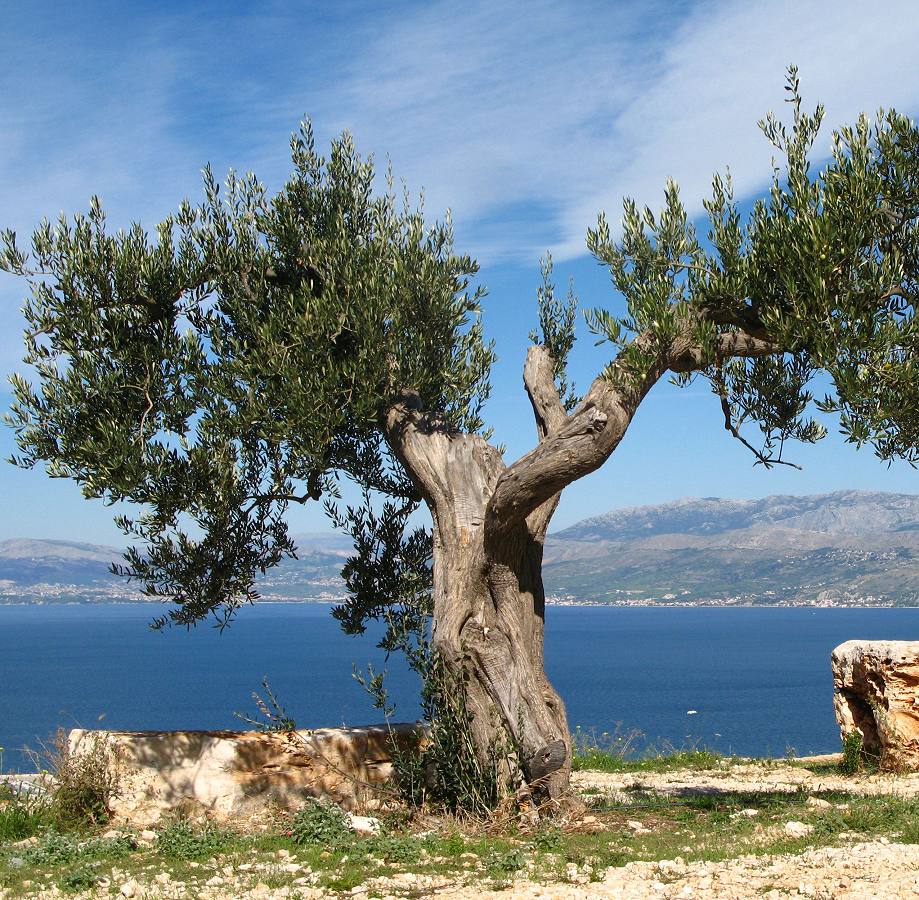 It is estimated that olive cultivation in the Helladic area started in Crete of the Minoan period and is recorded since the Neolithic age. In that period, the largest volume of the olive oil produced was intended for manufacturing fragrance oils.

Up to the late 7th century B.C., the use of olive oil was limited. It is believed that only heroes or gods, during Homer's time, used olive oil for their daily body care (i.e. they used to rub their bodies with it); however, under no circumstances, did they use it in their food or for lighting purposes. Olive oil started being used for food and lighting after the 6th-century B.C.

Olive products were shipped from the large harbors to Constantinople, Alexandria, northeast Africa, Italy and Marseille. This task was undertaken by “eligoi'" namely the olive oil merchants. Olive oil was not a product accessible to all social strata due to its high selling price.

Olive oil production was intensified by the Church from the 13th century AD in the farmland that belonged to monasteries in Macedonia, Asia Minor and the islands.

Laconia and Messinia were the predominant olive oil producing zones.

In the period of the Ottoman Turkish occupation, legislative provisions were passed in connection with methods for olive tree cultivation, olive fruit processing and olive oil storage so that the state could collect taxes from the producers and merchants. Peloponnesus, Crete and Lesvos were the main olive oil production centers in the Ottoman Turkish territory. Olive oil producers were required to give ten per cent of their annual production to the state.

Upon establishment of the Greek state in 1830, the government took important measures aiming to boost olive cultivation.

After 1870, with the development of the first steam-powered plants in Greece, olive oil production was industrialized.