The olive mill through the ages

A look at the production of Homer’s “liquid gold.”

Initially, olive oil was produced in households. Each family produced the quantity of olive oil it would need and to this end, they used stone vessels (mortars) where the olive fruit was simply crushed and heated.

With the development of the first olive mills, the olive fruit was manually crushed. Olives were placed on large stone plates where pressure was exercised by a round-shaped stone. Then, olive paste was transported to the presses. The base of a press was a large, shallow basin made of stone, of a round or rectangular shape. Pressing took place with the use of a stone weight that was placed in the edge of a wooden beam, which was pulled downwards. 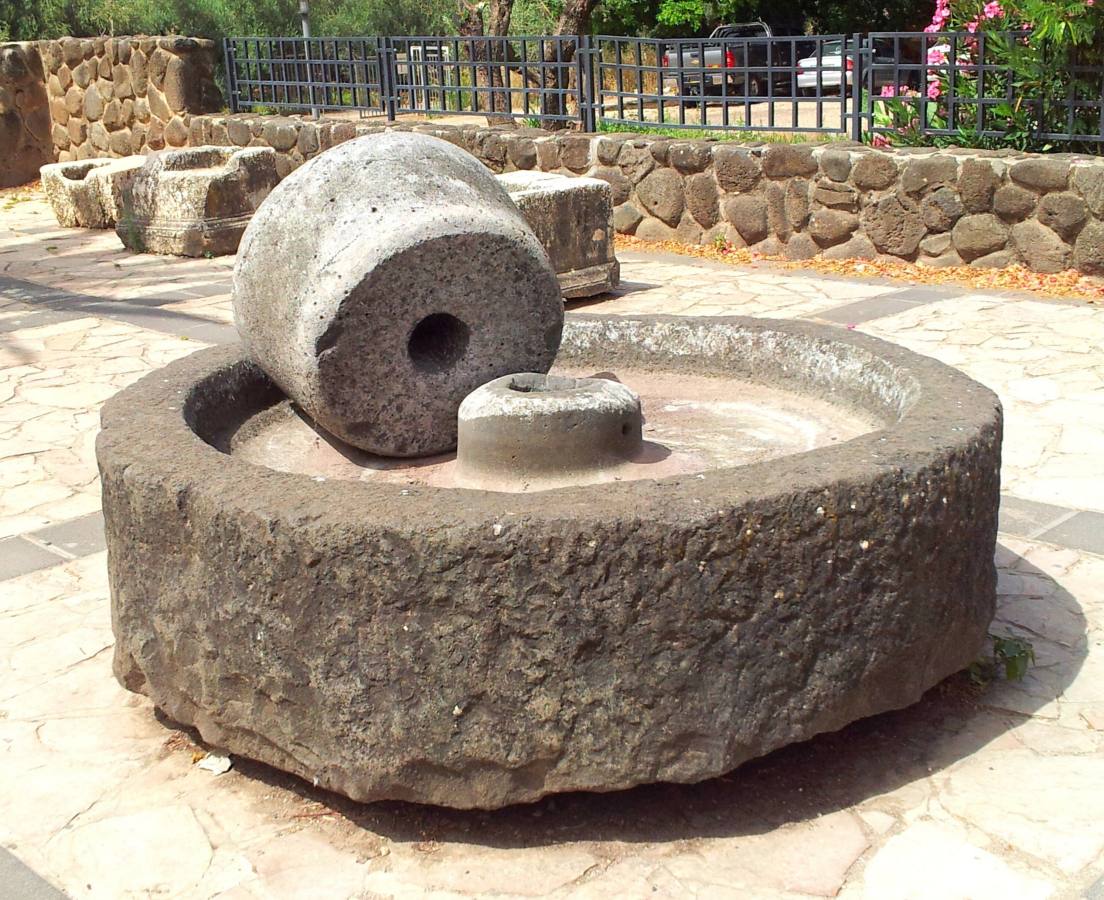 In the Helladic area, during the classical era, the cylinder crusher was introduced.

In the Hellenistic period, the olive fruit was crushed with a rotary mill. The rotary mill is a type of olive mill called ‘“trapetum” (a word of Greek origin, from the Greek verb ‘“trepo”, which means “turn”). This type of olive mill consisted of two millstones with curved external surfaces. The millstones were rotating with the help of thick beams with a rectangular cross section and were grinding the olive fruit.

In Byzantine times, both the “trapetum” and the “mola olearia” were used.

With the industrial revolution of the 18th-century AD in Europe, olive mills were equipped with machines.

In Greece, olive mills began getting equipped with machines of foreign and Greek machine shops in Piraeus and other urban centers at the late 19th century.

Types of Olive Mills
There are four types of olive mills that have been recorded.

The first, the “pre-industrial, animal-drawn” olive mill was predominant in Greece until 1970. Metal presses, winches and other metal components were mounted on that olive mill.

The second, the 'pre-industrial water-powered' olive mill, which was already known from the Byzantine era, was widely used from the 10th-century AD, with water serving as its power source. Water moved a large wheel with blades, that, combined with cogwheels and belts, set the mill in motion.

The third type, the steam-powered olive mill first appeared in Greece in 1870.

The last and most advanced, the diesel-powered olive mills made their appearance in the 20th-century and diesel was used to power their machines. In this type of olive mill, the mill floor is made of iron and millstones are made of a harder stone whereas presses operate on water power.

Olive Press System "Magganos"
A press system made of iron, where the auger ends to a flat, square piece of iron, the so-called "tavli" in Greek, which was pressed against the "tsourapes" (special bags made of goat hair, where the olive pulp was put after the crushing).

Then, the liquids, water and oil, after passing through a special pan, the "lichnos" as it was called in Greek, were discharged in basins, where the separation of the oil from the water was carried out using the simple method of gravity (oil is lighter than water).